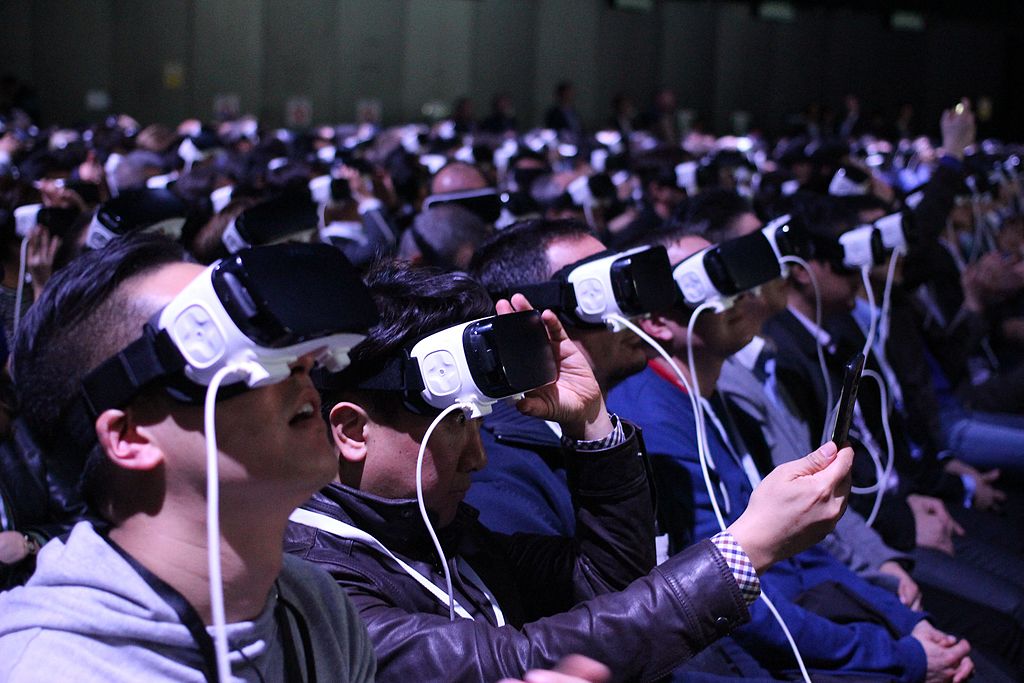 Virtual reality is coming on strong, it is not going away. It is a good place for many developers, artists, and programmers, to get a good jump up on the competition for jobs in the future. It will just become a profession that is more and more in demand. Developing for virtual reality, or even augmented reality, really isn’t as complex or as difficult as you might think. Most of the programs and languages that it uses have been around a long time and have just been repurposed for the new technology.

Unity is a great program, and is free to download and use. It is probably the most used VR program at this time. They also have helper plugins that you can buy, that help step you through rapid development with drag and drop, though we suggest you learn the program completely from scratch before you use them. Unity has no fees in the beginning, and you can sell anything you produce without a license fee or a profit share using the personal edition. This is as long as you do not earn more than $100,000 for the year. There are some fees that come into play if you are going to earn more than $100,000 a year ($25 to $125 a month), but at that point, you probably won’t mind. Unity uses C# for its main programming language, so if you are familiar with that, you are many steps ahead of the pack. C# is also a good language to learn as a starter language, though like any programming language it will take time to master it.

Unreal Engine is the second most used engine for creating VR projects and applications. Many people say it is easier to get started in than unity, but we decided on unity just because of the license. Unreal charges a 5% royalty on what you make after the first $3000 per game per calendar quarter. That can add up. Still, if you are making enough sales, you won’t really care, though in our world of a small development house, every penny counts. Unreal is also free to use and develop with, so you can download it and see if it is right for you. Unreal uses C++ to code its actions. This language is also a good starter language to learn if you do not know it already. Though again, it will take time to master, there are many, many, courses for it online that make learning it a lot easier.

Lumberyard is a free program released by Amazon that also has VR integration. It is a fairly new program, but it is growing fast. One of the best parts of this program is there are no fees, royalties, or profit sharing for anything you produce on it. We have not tried it, but we have downloaded it and one weekend will delve into it and see what we can produce. We will write another article about our experiences with it.

Half of all good VR development is programming, but the other half is 3D design. If you are a programmer, we encourage you to find a good 3D artist to work with. Unfortunately, in our world, we have found that great programmers tend not to make great artists and visa versa. There are of course exceptions to the rule (so don’t form a lynch mob) but, generally it’s a very good rule of thumb. We have found that making a 2 person team to head a project works very well.

Lions and tigers and bears, oh my! There are so many platforms to choose from, especially as you really don’t want to leave money on the table. There are the main ones, Oculus, Vive, PlayStation, and Google cardboard. Oculus branched out to Oculus Rift, Oculus GO, and Gear VR as well, so when you start producing, you need to decide what platforms you will produce for. There are also quite a few other companies stepping into the mix, and as they won’t have a lot of content, it is a good place to develop as well. Our advice in the beginning is choose a platform and own it. You can always expand later when you have some experience under your belt.

Where do you distribute your app? There is the Oculus store, there is steam, and there is side loading. If you can get into the Oculus store, we would chose that first, as they curate their content, so most people know that it’s decent if it is in there. Steam doesn’t care as much, so there is a lot of junk on there mixed in with some great programs, so you need to look at the reviews. If you are just playing, you can always just make a Google cardboard game and post it on Google, there isn’t much money to be made there but the barrier to entry is low.

VR is just going to get stronger and stronger. There is a great course on developing VR apps on Udemy (just wait for one of their 10$ sales), that will walk you through making 7 VR applications and give you a great head start. We believe that a career in VR will be one in high demand in the future, and it’s one that you can learn without having to get a 4 years degree, especially as there are no degrees in it yet. We hope all of you learn the excitement for VR that we have and hope to see you in those virtual worlds someday.